Message reputation : 100% (14 votes)
I thought not to write in any forums ever,but some of the members  openly requested me to remain and many others contacted me through varies electronics messages.I should thank Mr.YK to show me the value of contribution in forums.So hereafter I would contribute as time permits till Admin say not to write.And I should not restrict my contribution to a one forum,so I may write in other forums too.
Some new members are trying to give character certificates to senior members without knowing what they have done in the past.Here are some links I have posted before,Plesae go through these links before analysis myself.


FG it’s a good decision to keep ultimate admin power with you or the one you are to be introduce.Administration and contribution are two different subjects should be done by separate teams.Role of A robot admin was one I was expecting for sometimes,he has no loyalties what so ever,if anyone goes above the boundry he should act as a machine.With the implementation of this I think this forum can move to next step.

Regarding the forum,
This was the number one forum in 2014-15 where everyone contribute as they could.Discussions only confined to the topic.Later somehow members tend to find Hidden agendas and deeper issues on comments made by contributors.Then forum became a series of Sherlok Holmes where everyone trying to find deeper issues and hidden agendas simply ignoring the content seen in the posts.Where every problem starts.Then everyone including top contributors became afraid to discuss shares .

It should be a admin’s work to find agendas and issues of posts,non of others duty.If forum guidelines are breached by any member intervention should only come from Admin.If conflict begins between two members no one should jump in between to show their loyalty to either party,that only makes matter worse.There are a many examples I’m not going to drag it up here.

Regarding Technical Analysis,
This is not a easy subject and need lots of practice,Different TA people use different methods that suits to him,But what needed  is to identify buying and selling point of shares to make profits.Likewise there are people who are good analysts but bad teachers,some can teach well but may lack of analysis ability.Of course I’m not a good teacher ,my  analysis ability should judge by others.

Usually 230-240 symbols trade during a usual trading day,Many move up and give good returns but as a forum IS is not talking about shares that can make a move.Discussions  has only been confined to few fundamentally sound counters.Should it be the objective of a forum?

Let’s take a example like BLUE,Why it’s not discussing here,can’t people make profit out of it?Let people to post about so called crap shares and allow others to give their openion,If someone say buy BLUE at Rs.2 and will hit it Rs.5 should all the members jump at him and attack him,My answer is no,Then someone can give a insight of Fundamental Aspect and one may give Technical aspect then it’ll be a nice discussion.Then a newbie can see both sides of the coin and make their decision by themselves.This is the protection a community needed.

If anyone need technical point of view in any shares please post it here I’ll answer as I know,I invite all Tech pals like Smallville,Hunter,Xmart,NC and My money to join with me .
Let’s stop character analysis and move on to share analysis.

Thanks for coming back path. It's a pleasure .

Thanks Path, agree on your views . Pls continue to contribute

Welcome back.. Happy that ur here again..

U should also not be surprised if ur suddenly attacked..

anyways, u r seasoned enuf to answer their questions .. And always answer when questioned if not all discussions can go haywire..

Thnks so much pf to join with us after thinking favour of us.i like to ask first question. If u have free time can explain about cfvf and analysis part?
Thnks

PF buddy, now you are supposed to change your picture; aren't you?

It's good to have you back path..

@Hunter-Ha ha you noticed it

Good to see ya mate. Let's make a fresh start.

If you look at the price chart of CFVF recent high is 25.70,last few days it trading around 22,which is 50% of fib correction.On 30th Aug PSAR crossed the price line above downward same time price moved ahead of 10 day MA,both consider as bull signs.However 25.70 is act as a resistance. 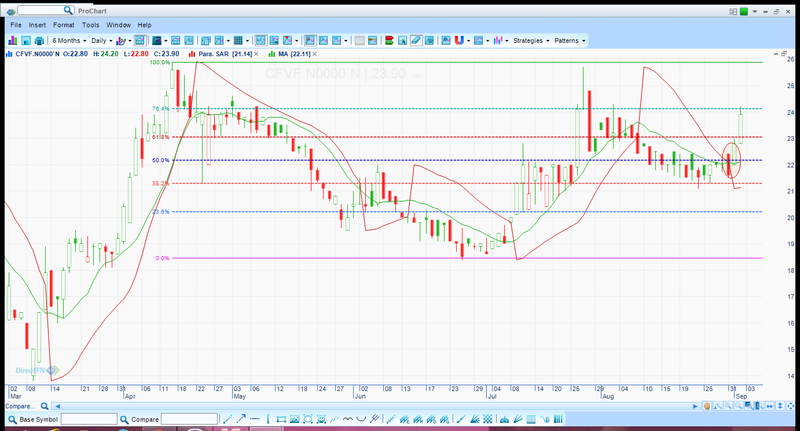 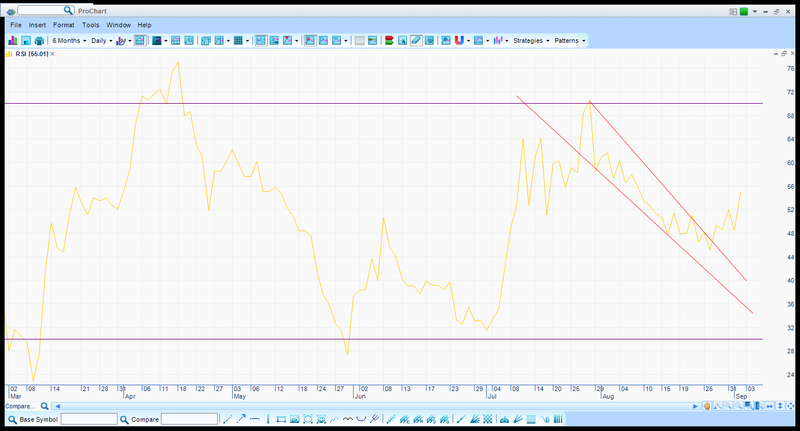 MACD crossed near 0  with increased volume is strongly a positive sign. 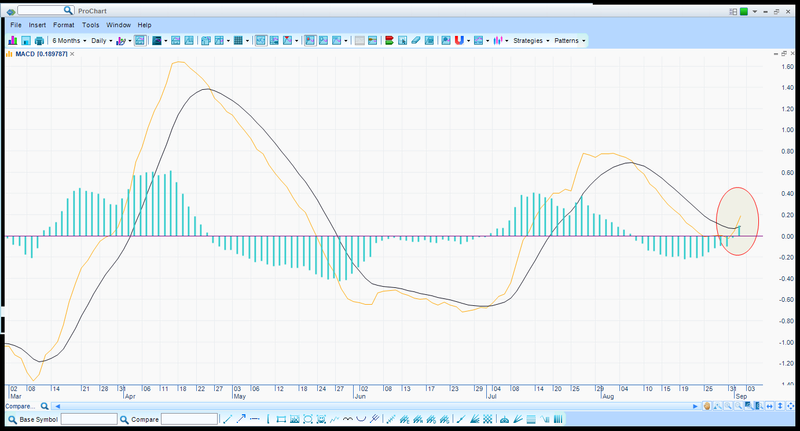 Welcome back path. Thanks for CFVF analysis. Any thoughts on recent due dividend ?

malan 100 wrote:Welcome back path. Thanks for CFVF analysis. Any thoughts on recent due dividend ?

According to their dividend history,dividend is declared in Jul or Aug,Don't know a dividend is pending.

Message reputation : 100% (5 votes)
Welcome back Path and thanks for considering my request to continue writing...

Where do you write ? Its not material... write in any place you feel free to ( I may confine to one place ).. I can remember when Sunil Madawa ( a journalist) started to write in a paper owned by a gambler , someone asked him " You the revolutionary now write for the gambler's paper"

While saying that I would say I am loyal to this forum and of course to few members here...

I have seen these two extremes and will tolerate both these fighting forces and after a decade of both ends now I am into JKD ( be like water, no shape no color)...In Central Bankers world this is Goldilock lesson and for Buddhists the non-extremist method..

So go ahead Path.. my tolerance level is very high even on Blue.N or Reef.N

However I may continue questioning like I questioned on ANILANA by Wolf...

yellow knife wrote:Welcome back Path and thanks for considering my request to continue writing...

Where do you write ? Its not material... write in any place you feel free to ( I may confine to one place ).. I can remember when Sunil Madawa ( a journalist) started to write in a paper owned by a gambler , someone asked him " You the revolutionary now write for the gambler's paper"

Agreed 100%.I'll ignore the noise and continue to write till admin say not to write anymore.

So go ahead Path.. my tolerance level is very high even on Blue.N or Reef.N

However I may continue questioning like I questioned on ANILANA by Wolf...

I also develop my tolerance level enough to post in IS.

Any question is welcome on the subject and the tone should be same as questioning others.

If anybody has a different view please don't hesitate to post it here.

Message reputation : 100% (1 vote)
CFVF had some selling pressure today,seems someone is trying to exit.Still trend is intact,what worrying me is the ASI.It's getting bearish day by day.
If ASI remain red CFVF may take a breath before next movement. 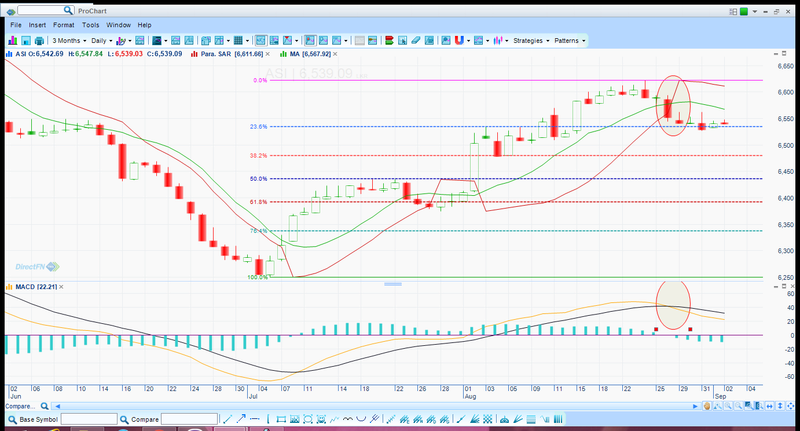 where ASI is going to land?

Nice to see you Path

We are very lucky to have such a giant in technical analysis with us again.
Thnks for latest update and analysis on ASI

Message reputation : 100% (1 vote)
Thanks Path.. We need good TAs and healthy arguments among TAs....You have a proven history of TA and love to see the active TAs