The Greatest' Boxer Dead at 74

The Greatest' Boxer Dead at 74

Message reputation : 100% (3 votes)
Three-time heavyweight champ Muhammad Ali, who charmed millions with his wit and confidence in the ring and inspired many more with his commitment to humanitarian causes has died, according to the family spokesman. He was 74.

On February 25, 1964, the brash 22-year-old boxer Cassius Clay stunned the sports world by defeating reigning heavyweight champion Sonny Liston in Miami Beach, Florida. The 7-1 underdog, who would become known as Muhammad Ali, fulfilled his promise to “float like a butterfly, sting like a bee.” Explore 10 surprising facts about one of the greatest sporting figures of the 20th century.

1. A red-and-white Schwinn bicycle launched his boxing career.
When the 12-year-old Clay’s beloved bicycle was stolen in October 1954, he reported the theft to Louisville, Kentucky, police officer Joe Martin and vowed to pummel the culprit. Martin, who was also a boxing trainer, suggested that the upset youngster first learn how to fight, and he took Clay under his wing. Six weeks later, Clay won his first bout in a split decision.

2. He was originally named in honor of a white abolitionist.
The fighter, like his father, was named for Cassius Marcellus Clay, a 19th-century farmer and anti-slavery crusader who emancipated the 40 slaves he inherited from his father. The abolitionist, a second cousin of Kentucky Senator Henry Clay, edited an anti-slavery newspaper, commanded troops in the Mexican-American War and served as minister to Russia under President Abraham Lincoln. In defying Southern conventions of the time, Clay faced more than death threats. He was beaten, stabbed and shot by political opponents but lived to the age of 92.

3. Before becoming known as Muhammad Ali, he changed his name to Cassius X.
The morning after defeating Liston, the new heavyweight champion confirmed reports that he had become a member of the Nation of Islam. With Malcolm X at his side, the champ told reporters that he had renounced his surname, which he called his “slave name,” and would be known as “Cassius X” until Nation of Islam leader Elijah Muhammad gave him a holy name. That name, Muhammad Ali, was bestowed on March 6, 1964.

4. Ali was banned from boxing for three years.
As the Vietnam War raged in 1967, Ali refused to serve in the U.S. military for religious reasons. The heavyweight champion was arrested, and the New York State Athletic Commission immediately suspended his boxing license and stripped him of his title. Ali was convicted of draft evasion, sentenced to the maximum of five years in prison and fined $10,000, although he remained free while the conviction was appealed. In 1970 the New York State Supreme Court ordered his boxing license reinstated, and he returned to the ring by knocking out Jerry Quarry in October 1970. The following year, the U.S. Supreme Court overturned Ali’s conviction in a unanimous decision.

5. Ali starred in a Broadway musical.
During his 43-month forced exile from the ring, Ali took to the stage in the title role of the musical “Buck White.” The production opened inside New York’s George Abbott Theatre on December 2, 1969, but Ali’s stage career would be a brief one. “Buck White” closed four nights later after just seven performances. In spite of the limited run, Ali, who played a militant black lecturer, received decent reviews. “He sings with a pleasant slightly impersonal voice, acts without embarrassment and moves with innate dignity,” wrote a New York Times reviewer. “He does himself proud.”

6. He recorded an album of spoken verse.
The loquacious Ali was boxing’s poet laureate, composing verses in which he taunted opponents and praised himself. His iambic pentameter was so popular that Columbia Records released a 1963 spoken word album called “I Am the Greatest” in which the 21-year-old rising star performed his poetry, backed my musical accompaniment, before an audience. The album also included two songs by the boxer, including a cover of the Ben E. King hit “Stand by Me.”

7. Ali has Irish roots.
Perhaps not surprising given Ali’s gift of gab, but his great-grandfather Abe Grady was an Irishman who emigrated to the United States and settled in Kentucky in the 1860s. There he married a freed slave, and one of their grandchildren was Ali’s mother, Odessa Lee Grady Clay. In 2009, Ali visited his great-grandfather’s ancestral hometown of Ennis, Ireland, and met fellow members of the O’Grady clan.

8. He fought one of his most famous bouts at 4 a.m.
In 1974, a 32-year-old Ali earned a title shot against undefeated 25-year-old champion George Foreman. Seeking to generate positive publicity for his country, Zaire’s dictatorial president Mobutu Sese Seko paid each fighter $5 million to stage the fight in his capital city of Kinshasa. In order for American audiences to watch the fight live in prime time, the bout began in the early morning hours before the sun dawned on Africa. In what was dubbed the “Rumble in the Jungle,” Ali won in an eight-round knockout to regain the heavyweight title that had been stripped from him seven years prior.

9. His Olympic gold medal may be submerged on a river bottom.
After graduating high school, the 18-year-old fighter traveled to Rome and won the light heavyweight gold medal in the 1960 Summer Olympics. Ali wrote in his 1975 autobiography that after returning to Louisville, he threw his gold medal off a bridge and into the Ohio River to protest the racism that he still encountered in his hometown. The account has been disputed, however, and it is believed that Ali lost the medal instead. During the 1996 Summer Olympics, at which he lit the cauldron in the Opening Ceremonies, Ali received a replacement gold medal.

Message reputation : 100% (2 votes)
Watched couple of fights of his. He jumps around the opponent throughout the fight. In that case he is a butterfly....like how a butterfly goes around a flower.

I was fortunate to meet him in person (accidentally) in Orly Sud airport Transit area in early 80s and unfortunately, there were no Camera phones then and Selfies too were not a fad either.

Message reputation : 100% (2 votes)
@ Kithsiri, you are very lucky to have met him in person even accidently.

I guess our forum crowd and members are too young to remember Ali in his prime. being born in the early 60 's, he captured my imagination in my early teens, just in time for the big fights in 1974 & 1975. Those days their was no TV in Sri-Lanka and i remember reading about all his big fights. what excitement. when your barely a teenager, there is Ali, calling himself The Greatest, fighting in Kinshasha Zaire at 4 am in the morning,(The Rumble in the Jungle), and the 60,000 crowd screaming "Ali Bomaye" (Kill him Ali). btw he told the Congo crowd that Foreman was a Belgian ! :-)

Foreman respected Ali forever, as he said that Ali could have delivered one more punch before he fell, but did'nt.

I remember reading his Autobiography The Greatest (1976), in 1977. fantastic book about his training schedules, diet, fights, religion & the civil rights struggles.

I remember when reporters asked him in 1967 why he refused to go to Vietnam, he famously replied " i aint got no quarrel with them Viet Cong".

Message reputation : 100% (1 vote)
Thanks Al.
Yes two of the GREATEST in their chosen arenas.
(Privileged to meet Sri Gary Sobers too in person a quite a few occasions).

When I was young(er) , doing my Bachelors, I visited a beautiful place in the northern part of the USA. It was a lovely weekend . All was rather quite that day.

To my surprise I saw Mr Cassius Clay ( Muhammad Ali) , visiting there ( on vacation). Then digital cameras were not really available. Only film camera.

I quickly ran to seize the opportunity and ask my Muhammada Ali, whether I can take a picture with him.

He not only agreed, he quickly asked me to come right next to him, put his arm around my shoulder and we took this wonderful snap shot. He towered over my stature ( physically) as I am not big made made person. He was 6'3 feet.
I think I chatted a few words with him too.

Sadly with time ( and negligence) I lost this picture. I always regretted loosing it.

On my brief encounter with this man, I can tell you he was a warm humanitarian.

I/we will miss you Sir.


You just become dust like we all do on earth.
But the legacy and memories you left are unmatched.

You will live forever!
Good bye.

Message reputation : 100% (2 votes)
@sls - Fantastic to hear. the question is even if you have the picture, will you upload on forum ? :-) it will be like the thrilla in manilla !!! waiting to see a photo of you champ.
btw how old was ali then ?

The Alchemist wrote:
sls - Fantastic to hear. the question is even if you have the picture, will you upload on forum ? :-) it will be like the thrilla in manilla !!! waiting to see a photo of you champ.
btw how old was ali then ?

What a smart cookie you are haha.
Some one asked what year I did my A-levels

Btw, rough age can be gotten my post itself

there is hint.
Let me warm it up a bit more. It was a year where Digital Cameras were in commercial market but only very very few had them ( afford them).
_________________
Never listen to anyone including myself without your own study. Only few truly genuine people exist in this world.
Please read : https://forum.lankaninvestor.com/t1548-important-warning-and-message
--------- 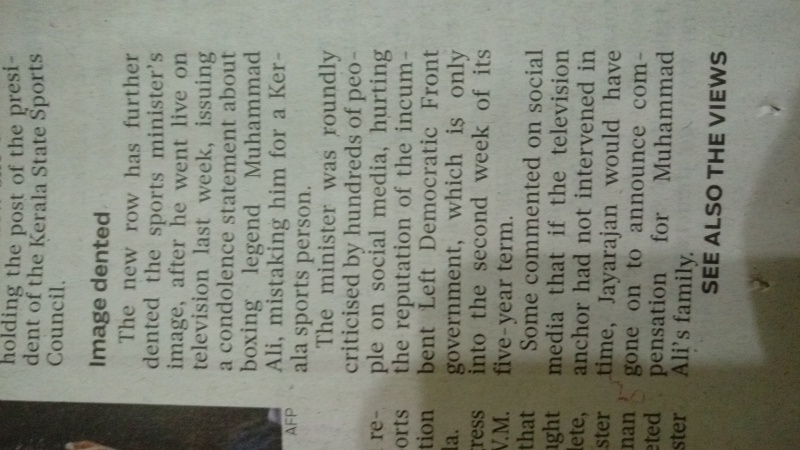