Flying, the Safest Mode of Transport 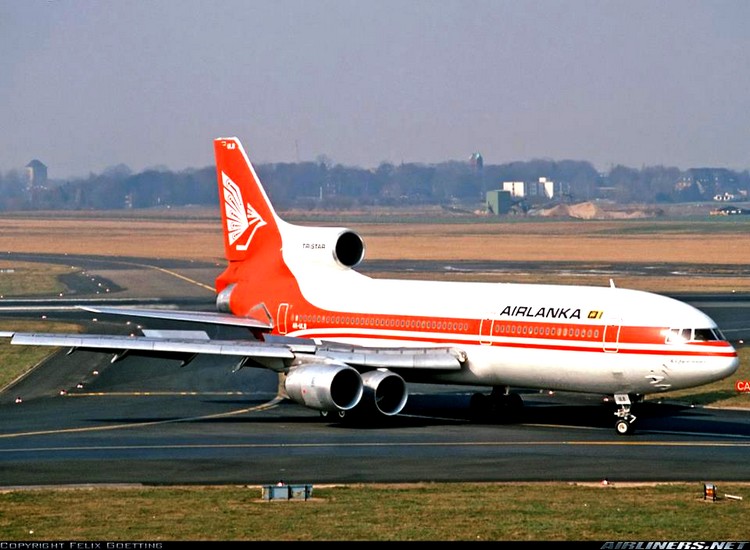 Snake on a plane cancels Emirates flight to Dubai

'Miracle on the Hudson'

Birds took the blame for bringing down the jetliner that "Sully" Sullenberger landed on the Hudson River eight years ago this weekend. They have been paying for it with their lives ever since.

An Associated Press analysis of bird-killing programs at the New York City area's three major airports found that nearly 70,000 gulls, starling, geese and other birds have been slaughtered, mostly by shooting and trapping, since the 2009 accident, and it is not clear whether those killings have made the skies safer.

Federal data show that in the years after bird-killing programs LaGuardia and Newark airports ramped up in response to the gutsy landing, the number of recorded bird strikes involving those airports actually went up.

Airline Pilot Named One of the Most Stressful Jobs of 2017

Faster and cheaper than Concorde

Message reputation : 100% (1 vote)
The roar of supersonic engines could become a familiar noise again at airports around the world in the 2020s – at a much lower cost to airlines and passengers than previously.

More than a decade after British Airways and Air France retired their Concorde fleets following a series of incidents, including a crash that killed 113 people, US aviation start-up Boom Technologies has unveiled a scale prototype of a new supersonic passenger jet.

Ambitious as it may sound but Cebu really is making huge waves. Or at least, rising up to the challenge of redeeming ourselves. A year from now, the world’s first ever resort airport will rise right here – in the Queen City of the South. Now, that’s something we can truly be proud of.

The route adds 200 miles to the record that Emirates established last year by virtue of Doha’s location further northwest. Singapore Airlines Ltd.’s planned resumption of direct flights from its home hub to New York in 2018 would comfortably beat both services, with a distance of more than 9,500 miles.

Qatar Air will serve Auckland daily using 259-seat Boeing Co. 777-200LR aircraft. The route will meet demand for onward flights to New Zealand from Europe and the U.S. East Coast, Chief Executive Officer Akbar Al Baker said following the first flight, which was scheduled to take about 17.5 hours. The carrier, which already serves Sydney, Melbourne, Adelaide and Perth in Australia, plans to expand in the region by commencing flights to Canberra in February 2018.

There’s some dispute about who currently holds the longest-flight title. Air India Ltd. flies between Delhi and San Francisco, a direct distance of about 8,260 miles, but takes a roundabout route of more than 9,000 miles to avoid headwinds.

SIA signed a letter of intent with Boeing for 20 777-9s and 19 787-10s to tap additional passenger growth and to modernize its fleet over the next decade. Additional options for the two aircraft types could take the deal to as many as 51 aircraft.

The preliminary order is a boost for Boeing as it seeks to restore momentum for the newest version of its long-haul 777, which after a strong debut has not had a firm order in 20 months.

It is also expected to shore up export-related U.S. jobs at a time when domestic manufacturing employment is a sensitive political issue under U.S. President Donald Trump.

Message reputation : 100% (1 vote)
Emirates, the world’s biggest long-haul airline, said a flight from Seattle to Dubai was delayed for more than six hours after it was unable to obtain a $300 spare part from Delta Air Lines Inc., which has led a campaign against the expansion of Mideast carriers in the U.S.

A Boeing Co. 777 due to depart the American city at 9 a.m. on Feb. 2 was held up by a mechanical issue requiring the replacement of a minor hydraulic component, Emirates says. While the part was sourced from Delta’s local engineering office and installed on the plane, a senior manager at the U.S. carrier’s Atlanta base later ordered that it be removed, it claims.

Their exact current owners are not known and no one can seem to figure out exactly how they got there or who dropped them off. The operators of Kuala Lumpur International Airport (KLIA) have placed an advertisement in a Malaysian newspaper The Star – a last call to trace the owner of three 747-200F aircraft.

The Star warns the owner of the double-decker Boeing 747 jets to collect them within 14 days or risk having them auctioned off or destroyed.

A SriLankan Airlines wet leased aircraft operated by its own pilots and cabin crew and used by Pakistan International Airlines to fly from Lahore to London Heathrow, was intercepted by RAF typhoon fighter jets and forced to land at Stansted Airport, after an anonymous phone call had been received regarding a security issue yesterday.

A Pakistani man wanted by the UK Metropolitan Police was reported to have been escorted off the aircraft after it landed.

All passengers and crew were reported to be safe as ongoing investigations were being carried out at Stansted Airport.

SriLankan Airlines despite losing millions of rupees on this current wet lease deal with PIA, could be further embroiled in a bigger problem with the UK Civil Aviation Authorities, as it is reliably learnt that the business visas and the Pakistan Civil Aviation Authority endorsed flying licenses accorded to the Cabin Crew Members for this operation had expired a couple of days ago.

While around 80 percent of activities are in “a reasonably strong position in an attractive market,” the rest are on less solid ground and could be refocused or disposed of, East said on an earnings call Tuesday.

Rolls-Royce’s pretax profited fell 49 percent last year and only a “modest” improvement is expected in 2017, the London-based company reported, sending the stock down as much as 6.3 percent and increasing the urgency for East, CEO since July 2015, to roll out the next stage of his turnaround plan.

Message reputation : 100% (1 vote)
Probably they are right.
(Compare to our Service levels Ground and in the Air, both are far better than most South Asian carries).

කිත්සිරි ද සිල්වා wrote:Probably they are right.
(Compare to our Service levels Ground and in the Air, both are far better than most South Asian carries).

Message reputation : 100% (1 vote)
Yes, no comparison with Emirates, Qatar, Singapore Airline or even Thai.
Leniency is a favourable factor too.
(Everybody knows somebody working at the airport).

කිත්සිරි ද සිල්වා wrote:Probably they are right.
(Compare to our Service levels Ground and in the Air, both are far better than most South Asian carries).

Message reputation : 100% (1 vote)
SLA charges on par with the most expensive airlines, has high seat occupancy and yet makes massive losses

Message reputation : 100% (1 vote)
Everyone knows the reason WHY.

(I think QR is the most competitive fares in this region).

sashimaal wrote:SLA charges on par with the most expensive airlines, has high seat occupancy and yet makes massive losses

Message reputation : 100% (1 vote)
Staff have been ticked off for relieving themselves inside the massive holds of Boeing 747s because they cannot be bothered to trek back to the airport building.

Air India has made history by completing its first ever around-the-world flight run entirely by an all-woman crew.


The plane travelled from Delhi to San Francisco and everyone involved was female - from the captain to the ground crew and check-in staff.


The airline has applied for a Guinness World Record and now plans to operate similar flights as a way of celebrating International Women’s Day on March 8th.Even the bag handlers and air traffic control dispatchers were women - as well as the customer care staff.


Air India had pledged to boost recruitment of female staff with numbers at the airline rocketing to 20 per cent this year from as little as five per cent in the past.


But the numbers in India are well above the global average - with just one in 33 pilots around the world being a woman.The Boeing 777-200LR plane covered a distance of about 9,500 miles in 15-and-a-half hours and was captained by Kshamata Bajpayee.


She said: ‘The flight is a symbol of women empowerment and it will encourage women to step out of their comfort zone and succeed in male-dominated arenas too.


‘The entire message is actually to encourage young girls who have dreams of getting into the skies and they feel it’s too technical or this is something only men do.’This flight is a symbol that every single male-dominated function can be carried out by women safely and efficiently.’


She continued: ‘Only when you wish can you be granted that wish. Only when you dream can that dream come true, it has come true for me.’It comes just days after two women made airline history for a different reason after becoming the first two black female pilots to fly together in a cockpit.


First Officer Dawn Cook contacted Stephanie Johnson after learning she would be flying out of Detroit on Sunday last week for Delta Airlines.The two pilots then organised the historic flight and posed for beaming selfies.