Message reputation : 100% (1 vote)
@rangaba: Prime Minister says will sign the Hambantota port agreement before the end of this month & give a new beginning to Maththala airport 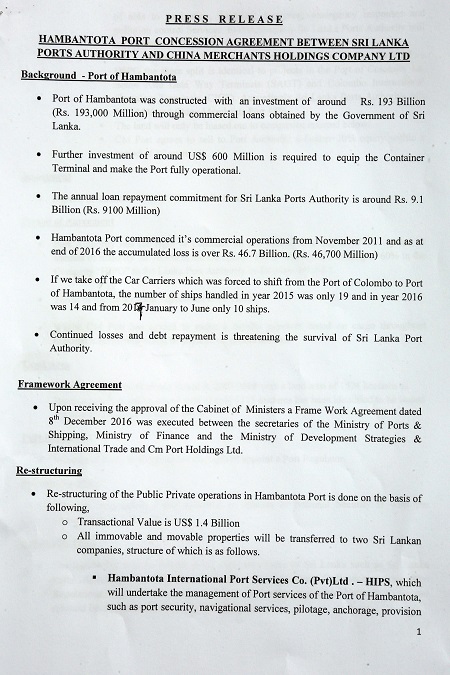 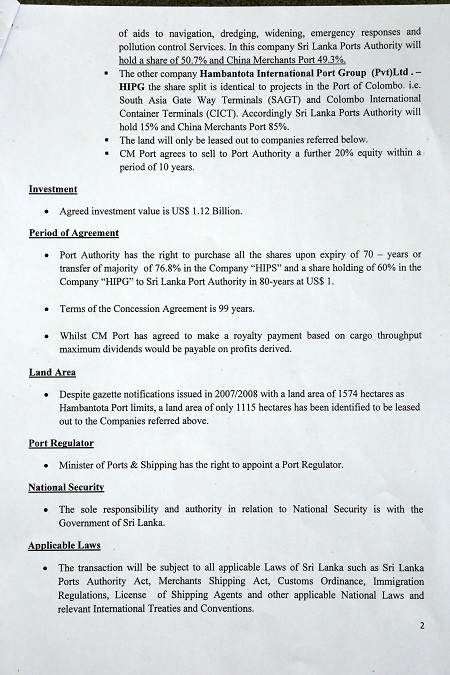 Message reputation : 100% (1 vote)
Thank you sashi. Can someone explain about this deal in simple manner.
Annual loan commitment is 9.1 billion. Who is going to pay it? Wht percentage has to pay by Sri lanka? If it high, what is the meaning of lease it 70 years for 1.12 billions ...
Pls explain because I don't have clear idea

CK wrote:Thank you sashi. Can someone explain about this deal in simple manner.
Annual loan commitment is 9.1 billion. Who is going to pay it? Wht percentage has to pay by Sri lanka? If it high, what is the meaning of lease it 70 years for 1.12 billions ...
Pls explain because I don't have clear idea

"Importantly, the sale will allow the government to set aside earnings to repay its upcoming debt maturities and reduce its external debt, a key constraint on Sri Lanka’s credit quality. "

However other analysts who forecasted the BOP crisis before the rating agencies, say Sri Lanka's (and other soft pegged regimes) currency problems are related to credit and central bank credit (money printing).

Sri Lanka's bank credit is falling after rates were raised allowing the central bank to buy dollars, sterilize the rupee proceeds and lock in forex reserves by selling down its domestic asset stock (sterilized forex purchase).

The Board of China Merchants Port Holdings Company Limited (“CMPort” or the “Company”, HKSE code: 0144) is pleased to announce that, on 25th July 2017, CMPort, Sri Lanka Ports Authority (“SLPA”), the Government of the Democratic Socialist Republic of Sri Lanka (“GOSL”), Hambantota International Port Group (Private) Limited ("HIPG") and Hambantota International Port Services Company (Private) Limited ("HIPS") have agreed on the terms of the Concession Agreement in relation to the development, management and operation of the Hambantota Port.

CMPort will agree to invest an amount of up to USD1,120.00 million (equivalent to approximately HKD8,736.00 million) into Hambantota Port and Hambantota port and marine-related activities, of which the total amount to be paid to SLPA for the acquisition of the 85% issued share capital of HIPG shall be USD973.658 million (equivalent to approximately HKD7,594.53 million) (and HIPG shall use a portion of such amount to acquire 58% issued share capital of HIPS) and the remaining USD146.342 million (equivalent to approximately HKD1,141.47 million) shall be deposited into a bank account in the name of the Company in Sri Lanka and will be utilised for such Hambantota port and marine-related activities as may be agreed with GOSL within one year from the final payment of capital injection in HIPG and the Company shall be entitled to repatriate any amounts in the bank account at the expiration of such one year period if no agreement has been reached with GOSL for the use of such funds.

The Port of Hambantota is located on the Southern coast of Sri Lanka occupying a prime location within 10 nautical miles to the main shipping route from Asia to Europe and is also in a strategic position along the “Silk Road Economic Belt and the 21st Century Maritime Silk Road”. Hambantota Port is a comprehensive deep-water port, the Hambantota Port project is a project to develop a major industrial and service port with an attached industrial zone in the Port of Hambantota and it is currently expected that the project will comprise of three phases. With 10 berths in Phase 1 and 2, and quay length of up to 3,487 meters; the berths are specialized to handle containers, bulk cargos, general cargos, RO-RO cargos and liquid bulk. Water depth alongside the quay and navigation channel is -17 meters, which makes Hambantota Port a deep-water port capable of handling super-mega vessels. Hambantota Port has great potential for future expansion, with its hinterland covering the South Asian region, and as a maritime hub in the region.

CMPort has, in recent years, been actively exploring and, as and when deemed appropriate, capturing available opportunities overseas as the means to effectively add new growth drivers to its existing and sustainably growing ports business. Having already established a story of success in Port of Colombo through the development of the Colombo International Container Terminals Ltd., the addition of the Hambantota Port will provide the Company a platform to materialise synergies between the two major ports in Sri Lanka, unlocking the county’s potential to be a global maritime center. 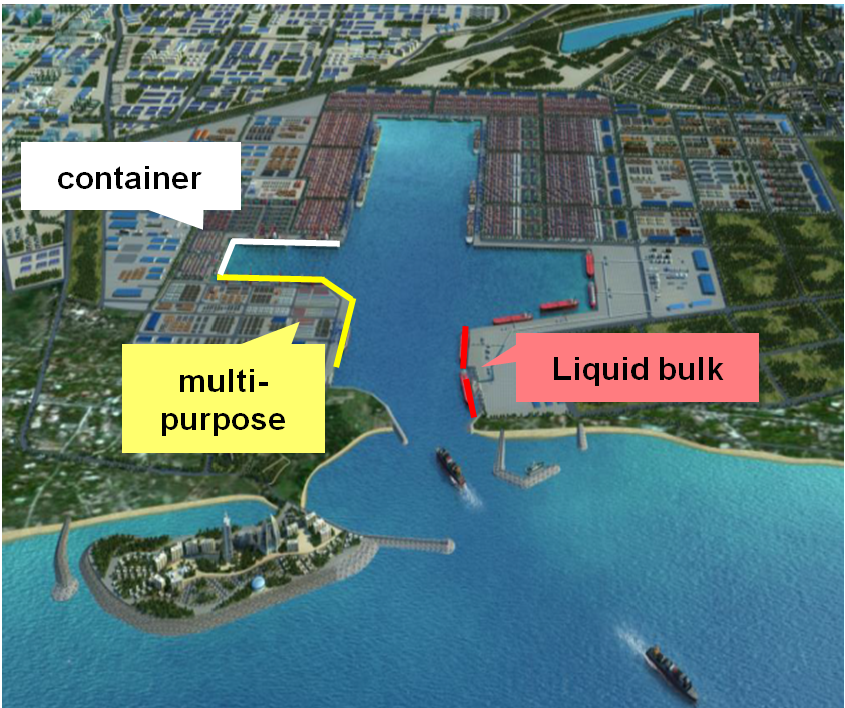 The Port of Hambantota is located at 6o07 North and 81o06 East at the Southern coast of Sri Lanka. The Hambantota Port project is a project to develop a major industrial and service port with an attached industrial zone in the Port of Hambantota and it is currently expected that the project will comprise of three phases. Phase 1 of the Hambantota Port was completed in December 2011 and has commenced operation since June 2012. Construction works for Phase 2 was completed in April 2015.

China Merchants Group Limited, the Company’s parent company, has rich experience and resources in implementing the “Port + Park + City” Model (e.g. Shekou, Zhangzhou). The significant landmass of the project (approximately 11.5km2 port area) gives leeway for the Company to implement and capitalize on the said model to add substantial value to the port operations and development. Furthermore, the Company has also entered into a cooperation framework agreement with China Harbour to explore possible future cooperation and joint development and operation in relation to the Hambantota Port and the industrial park adjacent to the Hambantota Port. As at the terms and conditions for such cooperation is yet to be finalise, the Company will further disclose when such cooperation materialises.

After few years Hambantota will be full of Chinese children..

When I was small there were Chinese Traders walking village to village selling cloths & ornaments. Some of them married Sinhala ladies & settled down in remote villages. Their descendants speak Sinhala & carry Sinhala names.