The Investor Sentiment - Equity and investments forum for Sri Lankans :: Lounge :: The chill-out spot
Page 3 of 3 •

yellow knife wrote:Destruction of " Garden of Perfect Brightness" or Yuang Ming Yuan of Beijing is local tourist attraction in China. It is not much popular among foreign tourists to China. Each day Chinese visit this once Perfect Garden to estimate themselves to see what will happen to a country if it fails to have economic power and how the big economic powers humiliate them. 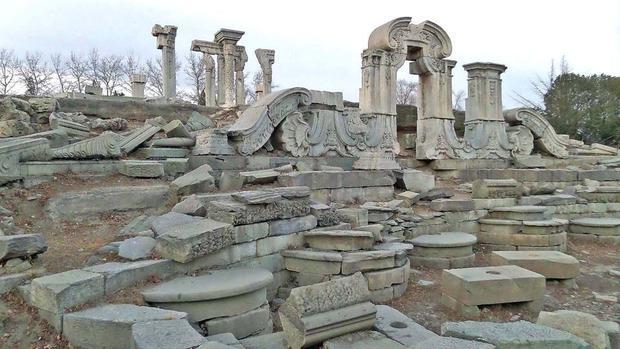 Similar to the "Hanging Gardens of Babylon" one of the wonders of the world.

I wonder what happened for them to have that futility?

" Once one feels a sense of shame over his inferiority , it was the beginning of doing something about it to make oneself stronger".

Wei and Fengs writings were thoroughly read by Japanese. Feng lamented that China had made no progress within twenty years since the first Opium War ( mind you there were two Opium Wars) , the Japanese -within couple of years being forced to open their market for Western Powers were already manufacturing modern ships.

We may talk about Ship Building by Japanese when we talk about Japan in a separate thread in future. Yet for the time being just remember Mitsubishi company was developing Ships secretly in an island called coal mining island of Hashima. Mitsubishi was so cruel that when cholera epidemic broker out in that island among the workers who work in the worst sanitary conditions, the entire workers were burnt alive to get rid of Cholera disease.

Feng pointed at the Japanese under Meiji restoration and said

Message reputation : 100% (1 vote)
After losing the Bright Garden at Peking emperor fled to Manchuria. He died at a young age of 30s and left the empire to his five year old son , wife and mother to look after. That was the decay of Qing Dynasty.

Or, perhaps Chinese were overestimating themselves. Anyway,it seems, 'loosing the battle' (and pride) worked for their benefit in the long run.

None of traditional fighting styles could overcome gun power and remember gun powder was innovated by Chinese long ago.

Boxers rebellion is the failed attempt to fight with gun power..

Selected as an imperial concubine of the Xianfeng Emperor in her adolescence, she gave birth to a son, Zaichun, in 1856. After the Xianfeng Emperor's death in 1861, the young boy became the Tongzhi Emperor, and she became the Empress Dowager. Cixi ousted a group of regents appointed by the late emperor and assumed regency, which she shared with Empress Dowager Ci'an. Cixi then consolidated control over the dynasty when she installed her nephew as the Guangxu Emperor at the death of the Tongzhi Emperor in 1875, contrary to the traditional rules of succession of the Qing dynasty that had ruled China since 1644. Although she refused to adopt Western models of government, she supported technological and military reforms and the Self-Strengthening Movement.

Opium War humiliated China in 1839 and Japan was closely monitoring what happened to the Big Brother .
A very young boy become Emperor of China and his Mother really took power since 1861 , that's Cixi

Perry Expedition of USA forced the 220 years of isolation policy of Japan and compelled them to open for international trade again humiliating showing Canon Fire from ships..

In Japan in 1867 a fourteen year old boy become Emperor , yet the real power transferred for a clan of brilliant Samurais keeping the emperor as a mere seal and the era followed is known as Meiji Restoration.

During this time Li Hongzhang became a very powerful politician in China and created a fleet of 24 war ships in China. That was considered as the strongest fleet in Asia.

In Japan Ito Hirobumi became a very powerful politician and the first Prime Minister in Japan. 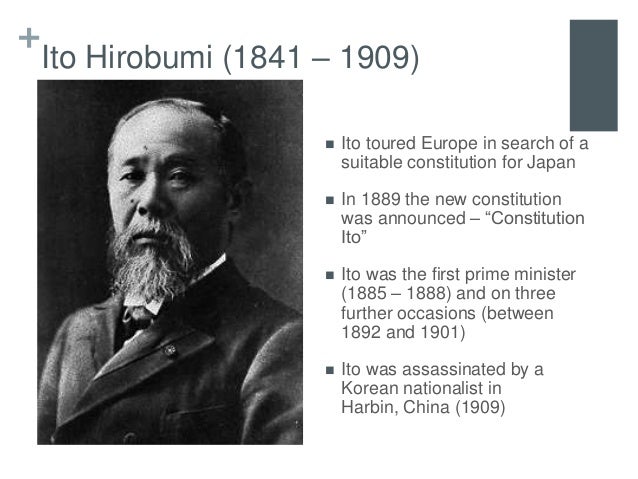 Message reputation : 100% (1 vote)
Japan went down on its knees when they attacked pearl harbour and learned a hard lesson in warfare.

They surrendered to the Americans whilst on the cruiser and that changed Japan.

Japan's downfall became their strength as they took the long road into becoming one of the words productive, hardworking, thriving, submissive people.

they gradually took over the world of quality and taught everyone many new things (Know-how) and processes that the world of business came to emulate.

Today, they are on top of quality with their programs of 5S, SGA's, SGIA's, mass productions efficiency, capacity utilizations, JIT systems etc etc.

I can go on and on about what they are still doing.

Toyota has superseded GM, Ford, VW and other EU car manufacturing outputs in the year 2015.

This is what we really know... Yet the Japan's path to development was not starting from 1944 but with Meiji Restoration.

This is the same fact mentioned in "Why Nation's Fail ?." We cannot engineer development. Its a the chick we see breaking the egg... yet the embryo was forming long before that.

The Contrast between Li and his Japanese counterpart Ito Hirobumi, revealed a widening gulf between two powers- one rising steadily and rapidly, the other struggling to stop its decline .

Li never left China and learned about other nations by writings of fellow Chinese. So its was like blind trying to study the elephant.

Ito Hirobumi made numerous trips abroad, and being the Prime Minister he even stayed months in Germany studying under Oto Von Bismark. He even undertook two year mission to study Western political models.

Back in China Li depended on translated articles and second hand information and self-strengthening at provincial level only.

Ito Hirobumi returned Japan after window-shopping of everything including constitutions. Back in Japan Ito was given full authority to design and implement national polices for the Meiji Emperor.

One Chinese young man of 27 years old kept an eye on Japan and asked Li to allow him to study Japan. This patriotic young man is Sun-Yat Zen. He was not even given an appointment to meet Li.

Very soon Japan and China was testing each other on Strength. 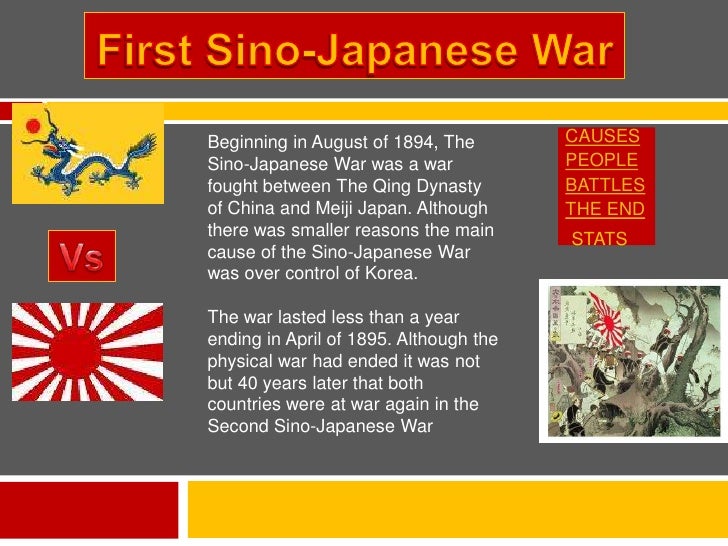 None of traditional fighting styles could overcome gun power and remember gun powder was innovated by Chinese long ago.

Boxers rebellion is the failed attempt to fight with gun power..

Your Sifu must have been a learned as well as practical man; doing lot of work to promote and establish the sport (Wushu) in the country.

Besides, I've heard he always carries a weapon with him as a back up (must have studied what happened at the 'Boxers rebellion').

Well I once asked him how to cope with a gunman. He showed me lot of tricks.

Yet one has to understand that modern science is powerful than any kind of traditional systems, styles.

It looks, the history teaches us that, behind every development story of a country, there is a war they have engaged against a neighbor.

Perhaps, that is the limiting factor in our country.

So, wonder what should we consider doing now......

HUNTER wrote:It looks, the history teaches us that, behind every development story of a country, there is a war they have engaged against a neighbor.

Perhaps, that is the limiting factor in our country.

So, wonder what should we consider doing now......

Even now Chinese study history and special attention is given to the era where they were humiliated.

We got really humiliated from India when India invaded our air space and dropped Dhal and forced us to sing an agreement resulting Provincial Councils. Have we felt shame of that ?

The ships of Li proved to be strong only on paper found being sunk by Japanese. Meiji superiority in training, strategy and coordination quickly spelled catastrophe for China.

China had to accept defeat and Li himself was summoned to Japan.

" Why is it that up to now not a single thing has been changed or reformed ?" Ito asked Li, twenty years his senior in fluent English. Reflecting on his three decades at the center of China's modernization ,Li plaintively answered through and English interpreter.

" My country hampered by traditions and customs: one can hardly do what one wants " Lets see their powerless and skills in this game mainly played by Latin American Nations, EU and Africa.

Don't underestimate the Chinese! They are not SHORT of anything except their height. Remember that Maradona was also short but a good dribbler of the ball!

The 'Hand of God was with Him'

Message reputation : 100% (2 votes)
Today everyone is talking about China.

When I mentioned that we have to have strong relationship with China many criticized then just because their political leaders were against China.

This is why I often ask not to blindly follow political leaders but to study yourself and stand above the petty thinking of Sri Lankan politicians...

A Tale of Two Emerging Markets


So the article is bit old and was written SL stock market was one of the best performing in the world.