Rohan Welivita, a former Director of the company’ said work “has begun to restart the channel as soon as possible.”

He told EconomyNext today, May 27, that “the wheels are in motion.”

Welivita’s statement comes a day after the government withdrew it’s objections to the functioning of the channel after the company filed a Writ Application before the Appeals Court against an order issued by the former government cancelling its license.

At a hearing in court on May 26, all parties to the case, the Media Ministry and the Telecommunications Regulatory Commission (TRC) came to an amicable settlement over the cancellation of the license clearing the way for CSN to resume transmission of its programming.

The frequencies granted to the channel at its outset was also restored by the TRC.

Cricket Broadcasts were by Regulation a monopoly of the Sri Lanka Rupavahini Corporation, which traditionally made large profits off the telecasts acting as an indirect subsidy for the State Broadcaster.

In 2011, the Cabinet deregulated the Broadcast Rights issue and that year CSN was the only bidder for Sri Lanka Cricket, winning the lucrative deal. It was later extended for 3 years.

The granting of a three-year rights deal was unprecedented as the usual practice was to grant the rights on a series-by-series deal.

The deal became controversial after other private broadcasters who qualified under the regulations, such as the Capital Maharaja Group, complained that they had not been permitted to bid.

In June 2012, the BBC quoted the then Chairman of Sri Lanka Cricket Upali Dharmadasa as saying that CSN was owned by then President Mahinda Rajapaksa’s sons Namal and Yoshitha.

After the change of government in 2015, the new administration blocked CSN’s license through a Media Ministry fiat.

It also restored the Rupavahini Corporation’s exclusive rights to Sri Lanka Cricket, although the new administration of the state TV station failed to capitalize on the bonanza.

Speculation is already swirling that CSN will take aim at Rupavahini again by appropriating the transmission infrastructure of loss-making SLRC Channel Eye.

“There are negotiations to see whether CSN can enter into a profit-sharing deal with Channel Eye,” persons involved with the process told EconomyNext on condition of anonymity.

Channel Eye, which usually broadcasts mostly English language entertainment, news and sports programming, has been thrust into an educational role after the COVID 19 pandemic enforced a lockdown on the country and all schools were closed.

The once-dominant state broadcaster is a shell of its former self. It is surviving on government handouts and is behind most terrestrial TV channels in ratings despite having better physical signal coverage than any other station in the country.

For CSN such a tie-up would be a good win as its own network of transmitters have been faulty and signal coverage in the country patchy, industry watchers said. (Colombo, May 27, 2020) 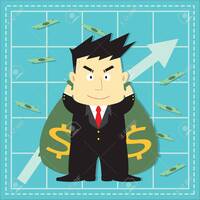 As a country we don't have proper sports channel. i'd prefer if CSN start telecast soon. ones who don't have Peo/Dialogue tv missed most of historical matches in IPL..

I also feel that we should have a dedicated channel for sports.