ECONOMYNEXT – Sri Lanka’s domestic cement production has grown 26.6 percent from a year earlier to 2.31 million tonnes in the first seven months of the year, while imports have also started to pick up, official data shows.

The demand for cement is driven by both state infrastructure projects such as expressways and domestic construction.

In the second quarter the index picked up 1 percent.

By August total production and imports were up 8.4 percent to 5.73 million metric tonnes. (Colombo/Nov25/2019) 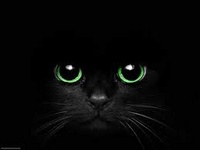