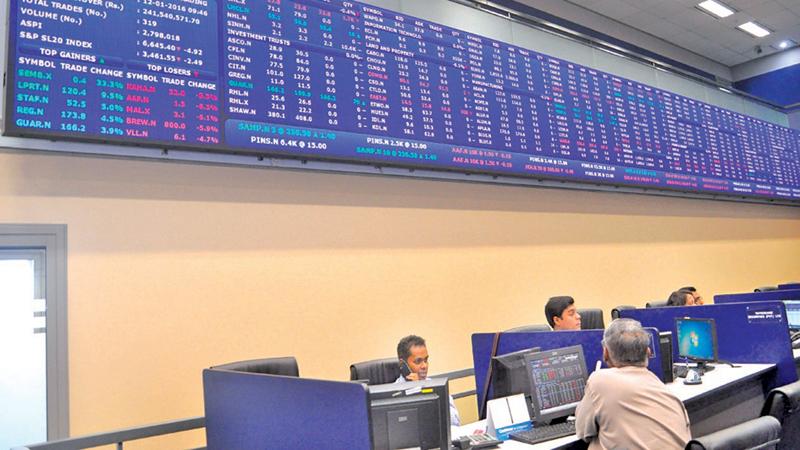 Shares on the Colombo Stock Exchange ended firmer on Friday with market analysts saying they expect the upward trend to continue with the release of second quarter corporate results over the next few weeks and signs of a fast recovery in tourism after Easter Sunday’s suicide attacks.

“We continue to recommend investors to use any price weaknesses to focus on accumulating fundamentally robust counters that are trading below their book values and are expected to generate strong EPS (Earnings Per Share) growth in the medium to longer term,” Asset Trust Management (Pvt) Ltd said in a report.

The Colombo bourse gathered momentum last week with the ASPI gaining 3% week-on-week and rising above the 5500 resistance level to close at 5516 while the S&P SL 20 also rose by 4% WoW to end the week at 2594. Consolidated turnover this week stood steady at Rs 2.8 billion with crossings accounting for 41% of the total turnover. Foreigners continued to close the week as net sellers with a capital outflow of Rs. 587 million.

The ASPI and S&P SL20 index gained 143.53 and 97.88 points WoW. Thursday posted the highest gain of 97.42 points (ASPI) and 45.52 points (S&P SL20) respectively, the highest since the constitutional crisis in October 18. Volumes traded doubled during the week to Rs127 million from Rs54 million previously.

“Despite the Easter Sunday attacks Sri Lanka’s economic outlook has shown signs of resilience and ability to recover quickly as economic activities were seen returning to normal while removal of travel advisories were faster than anticipated,” they said.

“Though the unfortunate attacks and the subsequent events are likely to have directly or indirectly impacted all sectors affecting earnings of most companies, we believe that the impact has now been factored into the market and an accelerated recovery is more likely than not.”

“The heavy decline in interest rates is expected to lower finance costs, thereby improving earnings of most listed entities towards 4Q2019. In addition, lower fixed Income returns may lead investors to hunt for alternative investment options with higher returns, of which equity investments is likely to be a more probable option considering the current attractive valuations.

Thereby we expect an improvement in demand for stocks leading to a possible rerating of the market.”
Bartleet Religare Stockbrokers (BRS) also sees stock market sentiments improving but with investors being on the fence until more clarity comes on the Presidential candidates.

Tourist arrivals have picked up for the month of June, up 67% from the month before, although still down 50% compared with a year ago, BRS noted in their Weekly Market Report.
With many initiatives still being taken to revive the industry a gradual improvement is expected, although overall arrivals are expected to stay below last year’s numbers, BRS said.

However, the confidence has indicated some overall positivity in the market which was also coupled with high end infrastructure projects such as the Light Railway Transit project kicking off. Fitch Ratings expects banking sector loan growth to slowdown in 2019 on muted private sector credit demand despite a rate cut by the Central Bank.

Turnover for the week amounted to Rs. 2.76 billion, posting an average daily turnover of Rs. 553 million, up 6.5% WoW. Negotiated transactions accounted for about 41% of turnover. JKH was the highest traded during the week contributing Rs 480 million, due to some foreign buying seen during the last two days of trading.

The stock appreciated 4.9% WoW to close at Rs 145.60. The banking sector was also on the interest radar with HNB and Sampath Bank following suit with contributions of Rs 308 million and Rs 287 million respectively, both witnessing some foreign selling during the week.

There was a crossing or negotiated transaction in Lion Brewery while foreign selling was seen in Dialog Axiata and Ceylinco Insurance non-voting shares.

Message reputation : 100% (1 vote)
Unless the JOKER messes it up with one of his another antic. 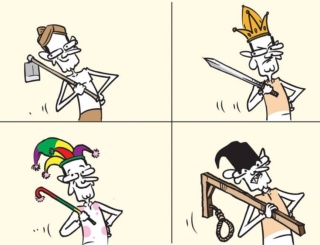