Asian markets rally as investors see positive in US gridlock

Asian markets rally as investors see positive in US gridlock

Message reputation : 100% (1 vote)
AFP - Asian markets climbed Thursday, building on a global rally as investors bet that gridlock in Washington will clip Donald Trump's wings, preventing him from driving through measures that would likely push up US interest rates.

Attention now turns to the end of the Federal Reserve's policy meeting later in the day, with its plans for hiking borrowing costs closely watched.

Bets the central bank would lift rates again next month and continue to do so through 2019 have been a major cause of worry on trading this year but with the chances of more Trump tax cuts greatly reduced, expectations have been tempered.

However, analysts do not expect the Fed to alter its most recent outlook for the economy, with Ian Shepherdson of Pantheon Macroeconomics, saying: "The economic picture hasn't changed meaningfully since the September meeting, despite the gyrations in the stock market."

But with Democrats now controlling the House and ready to hold the president to account, observers expect them to push back against a number of his measures, though work with him on others such as infrastructure spending leading into the 2020 vote.

"With trade tensions to the fore over recent months and risk currencies in the spotlight, the US midterms were being seen through the prism of whether the outcome might embolden the president to go harder on trade or in effect if the elections would clip his wings," said National Australia Bank economist David de Garis.

"With the Democrats gaining control over the House, the latter scenario now might be a little more likely."

However, Stephen Innes, head of Asia-Pacific trading at OANDA added the result "has left analysts debating what this will mean for policy going forward".

All three main Wall Street indexes ended more than two percent higher. And the positive mood was reflected in Asia, where Tokyo went into the break almost two percent up.

Wellington and Taipei put on 0.4 percent each and Jakarta edged up 0.2 percent.

Eyes will be on developments in Washington after Trump fired Attorney General Jeff Sessions, who had come under fire from the president over his decision to step aside from a probe into Russian interference in the 2016 election.

He was replaced by a loyalist, casting into doubt the ability of Special Counsel Robert Mueller -- who had until now been insulated from White House interference -- to complete the investigation.

The dollar clawed back slightly after Wednesday's sell-off, which came on the back of lower expectations of more tax cuts.

The greenback edged up against its major peers, with the pound continuing to gain support from hopes London and Brussels can hammer out a post-Brexit agreement as a deadline looms.

Oil prices remained subdued after data showing a surge in US stockpiles but they have been given support from reports OPEC will reduce output again next year.

The cartel had started opening the taps again this year after a long-running cap agreement with Russia, which had boosted prices, ended.

But with production now rising globally again -- and the Iran sanctions seemingly having little impact owing to US waivers -- Bloomberg News said ministers meeting in Abu Dhabi this weekend were considering the reduction.

"Saudi Arabia and Russia have increased production, and prices have come down $15 a barrel," Hossein Kazempour Ardebili, Iran’s representative to OPEC, said. "They have over-balanced the market" and have no choice but to cut about 1 million barrels a day. 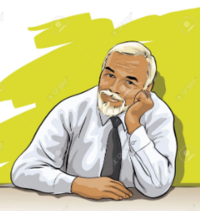 Re: Asian markets rally as investors see positive in US gridlock

CSE is not in the Asia

Re: Asian markets rally as investors see positive in US gridlock

@PANTOMATH wrote:CSE is not in the Asia

It is the wonder of the asia.